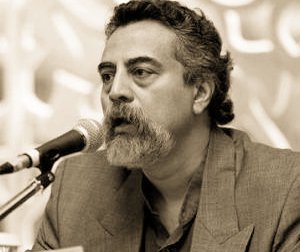 Prof. Dr. Syed Farid Alatas’ main interests is sociology of religion. He is specifically interested in the issue of the Muslim revival and the study of extremism. Within this field he involves himself with Sufism as well because he thinks it could be the right force to tackle the problem of extremism.

First of all, terrorism is not the same as extremism. Not all extremists are terrorists. Even more so, most extremists do not believe in violence, but they have extremist ideas about doctrine, theology, law, and so on. Some of the causes for terrorism and the causes for extremism may overlap but others are different. So we have to make that distinction.

So for me, extremism is one of the reactions to underdevelopment. I see it as a specifically modern phenomenon. Throughout Muslim history there have of course been extremist groups, but they never became dominant, because the majority always succeeded in marginalizing them. And we have many examples throughout history. Now the difference today – although the extremists are still the minority – is that the extremists voices seem to be heard more strongly. There are obvious reasons like globalisation and the fact that there are means of communication that weren’t there before. But I think that is only part of it. More importantly one of the countries that has Wahabi ideology as the official ideology of the state (and I’m talking about Saudi Arabia of course), happens to be country which is also an oil rich state. So they were able to actually propagate their ideas through their wealth. You did not have that situation in the past, where an extremist ideology captured state power, which itself has the backing of the control over very important natural resources. At least to some extent this explains why this version of extremist thought has a loud voice.

That explains how certain forms of extremist islam came to the forefront of the bigger Muslim community but why do many non-Muslims by now also believe that extremist Islam is the dominant form?

It is often said, but I think it’s true: that’s above all a media problem. It’s not that the majority of Muslims are keeping quiet about these issues. After all they are living their daily lives and dealing with these things on a daily basis. But the media is not interested in covering for example Yusuf Islam(*), he’s not interesting from the point of view of selling newspapers. But it is interesting to cover bomb attacks or suicide bombings or even the mad rapings of an anti-Jewish Muslim cleric who makes an outrageous statement. Those things are interesting and they make the news.

But it’s not true that the Muslims are silent. They are dealing with the problem. And the scholars also. Many Muslim scholars are fighting Muslim extremism, but they are not given coverage by the media, although they are speaking very often to the public, conducting classes. Sufi organisations throughout the Muslim world are always organising all kinds of events for the public. But these are not covered either because they are not sensational events.

How then do you think the Muslim world could tackle that problem?

I believe we have to do it through what I call ‘cultivation’ of Sufism. We should try to bring Sufism into the culture and make the Islamic society more sensitive and aware of that side and aspect of Islam. Art is for example one of those very important areas of culture through which we can try to do this. Whether it is dance, music or visual arts, Sufism can be manifested in all forms of art. So therefore these various forms of art have to be brought to people. But when I say brought to people, I don’t mean exhibited or performed, because then it becomes superficial. People don’t imbibe the ethos by simply consuming culture as members of an audience. So when I say they should take in the culture of the Sufis for example, then I mean it should be brought to them through education. Then they will grow up with the values. Then it’s not something external to them which they witness like a performance, but something they grow up with and then they internalise those values.

It could involve teaching children to play musical instruments, teaching them the lyrics of songs that are inspired by Sufism, introducing them to Sufi art, and so on. After all all children in school have art lessons, so why not get them acquainted with Sufism, and teach them something about the symbolism? When it comes to Sufi literature for example, Rumi should be basic reading in all the schools, just like Shakespeare is in the West.

You are from Malaysia(**) yourself. How is the situation there? Do you believe they are on the ‘right track’ there to bring about such a different Muslim culture?

No. I don’t think any country really is on the ‘right track’. They are not on the extremist track either, but the thing is that countries like Malaysia are open to more and more influence of extremism because of a lack of rootedness in a cultural tradition. So the governments are not extremist, and they are not supporting extremism, but there is a spiritual void, which is not being filled by movements like traditional Sufi movements. So there is always the possibility of people being pulled away and starting to accept extremist ideas. This is a danger that I see in many countries.

You don’t seem too positive about the future.

I’m indeed not very optimistic. We’re not really dealing with the problem. We’re not thinking in long term solutions which involve change in education and a great deal of political will. We’re not there yet. So I do not see it as a good future. I also do not think that the world is going to pieces, but I do fear the situation is first going to get worse before our political and religious leaders will start to have the will to make the changes.

(*) Yusuf Islam was formerly known as Cat Stevens. He converted to Islam in 1977 and has been devoting himself to educational and philanthropic causes in the Muslim community and has been a firm promoter of religious peace ever since.

(**) In Malaysia, where Islam is the official religion, about 60% of the population is Muslim. The other big religious groups are Buddhists, Christians and Hindus.

Syed Farid Alatas is an associate professor in the Department of Sociology, National University of Singapore

His books include ‘Democracy and Authoritarianism in Indonesia and Malaysia: The Rise of the Post-Colonial State’ and ‘Alternative Discourses in Asian Social Science: Responses to Eurocentrism’