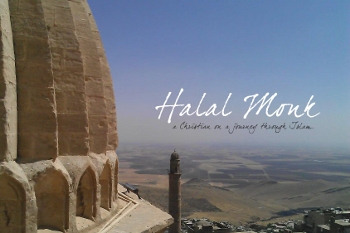 The Halal Monk project had two aims: to be a concrete project of sincere interreligious dialogue and to seek for ways out of the cultural and religious impasse our world seems to be creating.

Within efforts of interreligious dialogue the more difficult questions are often circumvented by superficial talks in which the different parties respectfully listen but seldom truly engage. Halal Monk therefore wanted to revive the tradition of true interreligious debate and discussion like it used to be held between wandering monks, traveling artists, and journeying preachers. The Halal Monk project did not do so for the sake of the argument but because of the hope that such deeper debate might lead to unexpected solutions for the problems this world is facing. 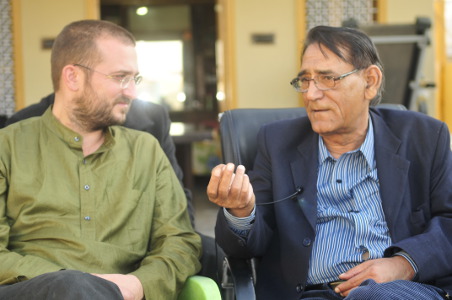 The Islamic world is full of beautiful spirituality and mesmerising art. Both have the capability to fulfill the soul and bring us closer to God. The monk therefore wished to learn from spiritual teachers and wanted to listen to inspiring artists. He wanted to dialogue with them in order to discover new ways of thinking. He wanted to talk with them about the world’s situation and how to solve its problems.

No new conversations will be added, since the Halal Monk project has come to a close. The website will remain available as an archive. The most important interviews of the project have also been collected in the Halal Monk (e)book. 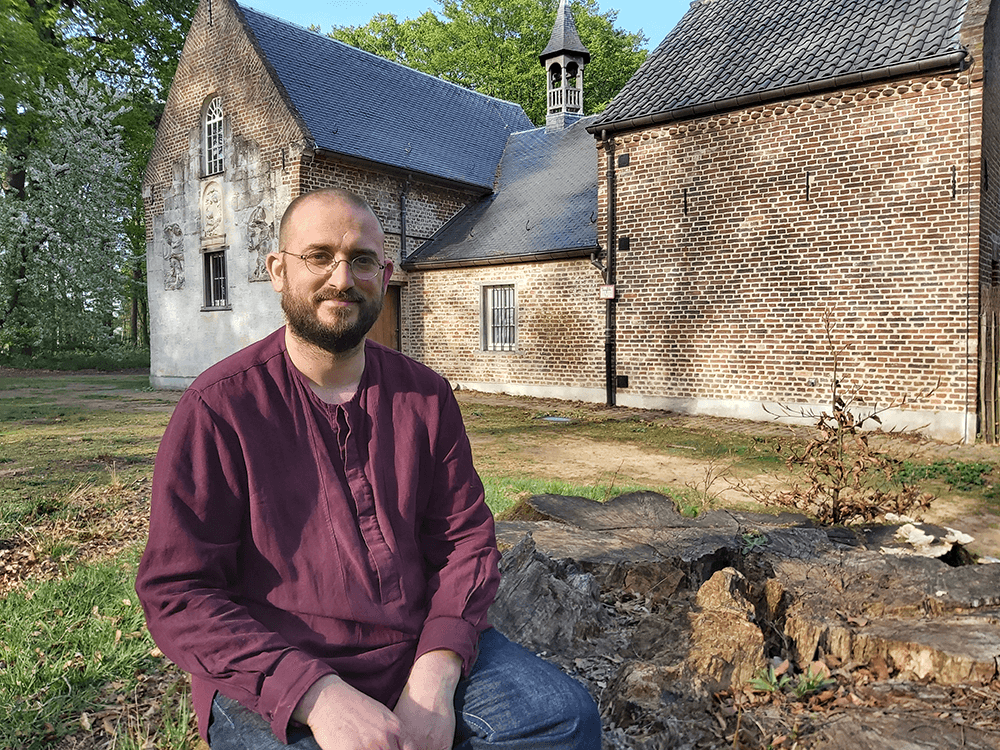 Halal Monk is an alter ego of Jonas Atlas, a Christian theologian who found himself on an unexpected ‘journey’ through the culture and religion of islam. Several encounters with different people made him realize that this journey could not stay confined to his personal life but needed to find a form that was accessible to all. Jonas was born in Belgium and raised in a Christian manner. Yet already as a teenager, he felt the need to have a better understanding of other religious traditions. Initially he was attracted towards Buddhism and Hinduism. By going deeper into their respective wisdom he came to a better spiritual understanding of his own Christian tradition.

After studying theology at the university of Leuven, he unexpectedly ended up in Istanbul, which strengthened his bond with Islam and the teachings of the Sufis. When he returned to Belgium it led him to work for the Expertise centre of Islamic Cultures in Flanders. This in turn broadened his knowledge of the dynamics within the local as well as the international Muslim community.   When he noticed how the worldwide fear for Islam kept on increasing year by year, he decided he had to go one step further and started his journey as the Halal Monk.

Jonas therefore isn’t a real monk. The name just seemed perfect for this project since it does not only combine elements of both the Islamic and Christian tradition, but somehow, in a very modern way, also invokes the times of old when religious figures would travel around to discuss theology and spirituality with people of other faiths.  Besides all of that, ‘Halal Monk’ is also the title of a song by U-Cef, one of the first people Jonas interviewed, and a good personal friend. (click here to read the interview)

Other texts and books of Jonas on religion, spiritual ethics, and God-focussed life can be found at www.jonasatlas.net.