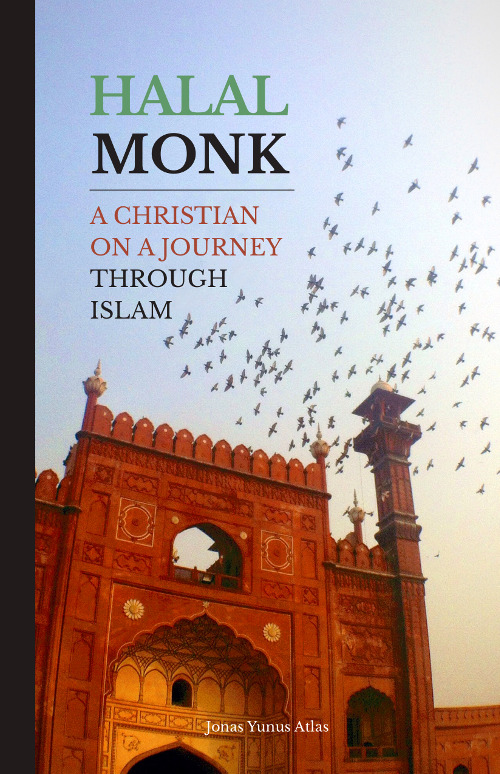 The Halal Monk book is available both as paperback and ebook. To acquaint himself with the soul of Islam J.Y. Atlas had openhearted conversations with influential Muslim scholars and artists. From Jakarta to New York and from London to Lahore, this Christian theologian met with imams and Sufis, academics and feminists, punkers and poets. The result is a book full of novel insights that will help us to transcend today’s cultural and religious impasses.

Attempts of interfaith dialogue often stay away from the more difficult issues and remain somewhat superficial. With his ‘Halal Monk’ journey, Atlas wanted to go further. He wanted to get to the root of our current tensions.

This book collects his most fascinating dialogues at the intersection of culture, society and religion. In between those conversations, some extra light is shed on key concepts of the Islamic tradition and their relevance for today’s debates.

The book won the 2015 Belgian Prize of the Religious book. (Audience award.)

Where to get it?

The print version is available at stores like Amazon.com, Barnes&Nobles & Amazon.co.uk. Your local bookstore should also be able to order it when you provide them the ISBN: 9789081499644. — list price: 14.99$

“We need many more books like this one. The reader emerges from this study with a real and fresh grasp of a tradition that is in movement, in dialogue with itself and so in transition.” – Rowan Williams, former Archbishop of Canterbury.

“The book could not have been written any better by a Muslim – but then it is important that it was written by an upright, self-critical Christian. I will make the book a must-read for my students, both religious and non-religious.” – Shaykh Bashir Ahmad Dultz, founding president and shaykh of the German Muslim League.

“The interviews and reflections in this book offer sensitive, clear and extremely interesting insights into Islam and Islamic thought. The opportunity to ‘listen in’ on the author’s conversations is a distinct privilege.” – Marie Dennis, co-president of Pax Christi International.

“Profound understanding among Muslims and Christians is critical for civil health of the 21st century, and this book points in a promising direction.” – Rev. William E. Swing, Founder of URI and Former Episcopal Bisshop of California.

The dutch version of the book is also available as Soefi’s, Punkers & Poëten. Een Christen op reis doorheen Islam For now only in print. It was published by Averbode and can be obtained at www.jonasslaats.net.